Shopping Cart
Your Cart is Empty
Quantity:
Subtotal
Taxes
Shipping
Total
There was an error with PayPalClick here to try again

Thank you for your business!You should be receiving an order confirmation from Paypal shortly.Exit Shopping Cart

Well we are nearly half way through 207, and STC are training harder than ever.

PEEWEE NOVICE CHEER - After a brilliant 9th place for their 1st competition in July Future Cheer, the Peewees are training hard to improve their routine for BCA Southern Classics in November they will also be learning a new dance routine, which is sooo cute. Again had lots of new starters in the last few weeks but all are picking it up well and working hard like always

JUNIOR COED - They have worked thier little butts off for Nationals this weekend, they are not competing in dance at nationals but will be in November. They are going to be loving this competition as a lot of them will be moving up to seniors for BCA Southen Classic as they turn 16. They are looking fantastic, and they are all learning so quick, who would of thought you would be double twisting and doing the advanced stunts you are. Well done to those of you that have been moved up from peewee you are doing great and you will have a fantastic weekend.

SENIOR COED ADVANCED - We are very lucky that our senior squad is now all over 16 year olds, in the past we have had 12 - 15 year olds in the squad but since the juniors are doing so well we now keep anyone under the age of 16 in with them. At first this was hard work as none of our flyers are tiny. This year we are heading to the Elite Cheerleading Championships in The Movie World GERMANY. This is so exciting for us, as the rules are a lot more advanced, so it has been great fun learning new skills. The Lads in coed this year have definately been working hard we have a routine full of lots of single bases, which they had to build their strength up for as i said earlier none of the flyers are Tiny. The whole squad has been working so hard, as they are determined to hit these difficult stunts and pyramids.

Senior Coed Group Stunt very advanced we are working hard with it this year as we knew we had to take it up a step. We are taking our group stunt to Germany later this month where the rules are a lot more advanced. Even since UKCA in March we have learnt lots more stunts and we pulled off a 2nd place there.

Senior All Girl Group stunt has been working very hard since UKCA, another change around of people and flyer and they are looking great, they are now on the same level as the coed group. Germanys routine is looking awesome.

Junior Coed group stunt is coming along ready for Denmark in June, its a tough competition out their but they pulled it off last year.

PARTNER STUNT - New for 2007, Lianne Weston and Darren Quick competed 2 years ago at the elite cheer championships in germany, and did really well and learnt loas, we are going back this year with a new stunt duo, and hopefully will have a fantastic time.

DANCE - Sussex Tornados practice dance once a week - we are cheerleaders and just do dance for fun we know that we can not compete against dance schools who have very good teachers. We do dance because we like to enter the floor with no pressure after doing cheer with the worry of the stunts hitting, dance is just a chance to relax and do what we love. Senior Dance after our great run with it last year seems a shame to change as it is sooooo good. But after we have competed with it this year we will have a new one that hopefully will be better than this one. Junior Dance have kept the same dance for the beginning of 2007, but will be completely new for the end of 2007. Peewees have a themed dance which they will start learning shortly. Looking forward to them entering dance.

SUSSEX TORNADOS PRACTICE HARD BUT IT IS ALWAYS FUN , THIS IS WHAT TORNADOS DO BEST ....... HAVE FUN!!

BELOW: Some pics of the seniors at practice earlier this year. 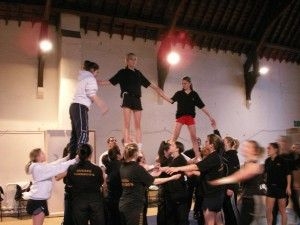 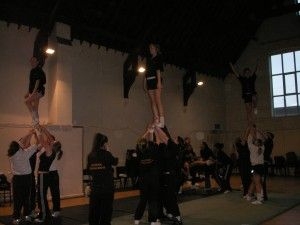 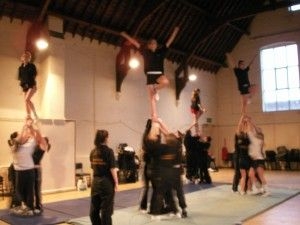 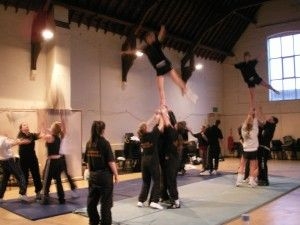 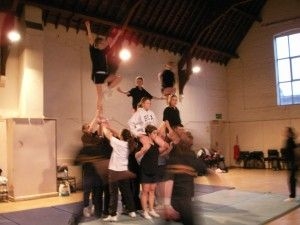 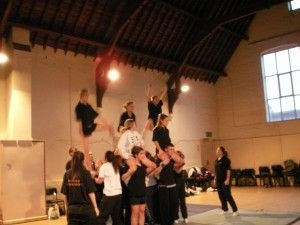 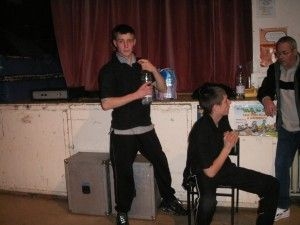 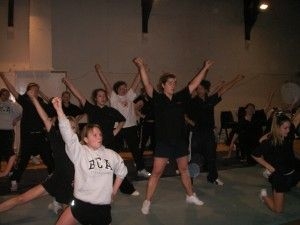 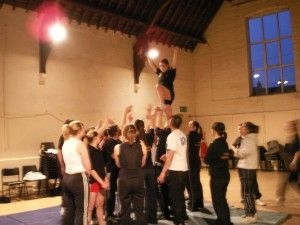 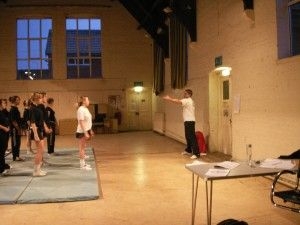 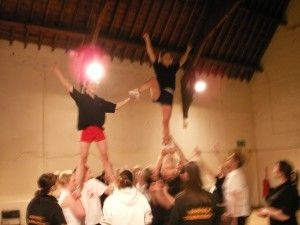 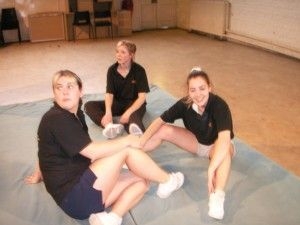 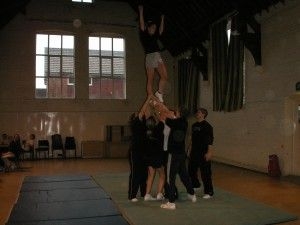 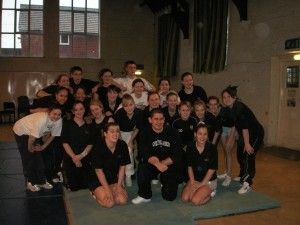